You are inquiring about Queen Ayda FWM.

True to her name, the statuesque Queen Ayda FWM embodies an imperial quality. From head to tail, she has mesmerized her audiences in some of the world’s greatest show rings.

Queen Ayda FWM is by the late great *FA El Shawan, a stallion of explicit beauty who died at only eight years of age and is sorely missed. Even in his limited breeding career, he gave the Arabian horse industry progeny like Queen Ayda and the international superstar stallion, FA El Rasheem. Certainly royalty is in her blood.

As a broodmare, her value now extends far beyond the show ring. It is rare that extreme beauty begets equal beauty. Yet she is proving this ability in progeny such as the decorated young colt Razeer Serondella, who himself was named 2017 Brazilian Reserve National Champion Yearling Colt, before defending his title again the next year as 2018 Brazilian Gold National Champion Young Colts. He has proven his Queen Ayda’s supreme broodmare abilities not only to Orrion Farms, but to breeders around the world.

We are fortunate to call her a cornerstone in the Orrion Farms breeding program.

Queen Ayda FWM is back in foal to El Tino and Ajman Moniscione for 2020. 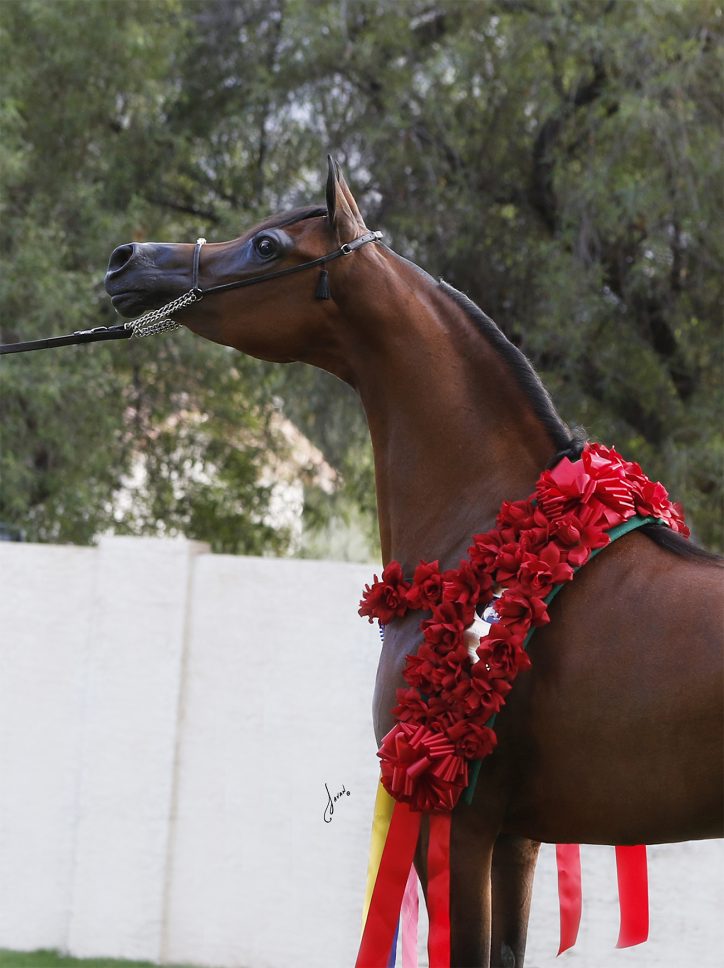 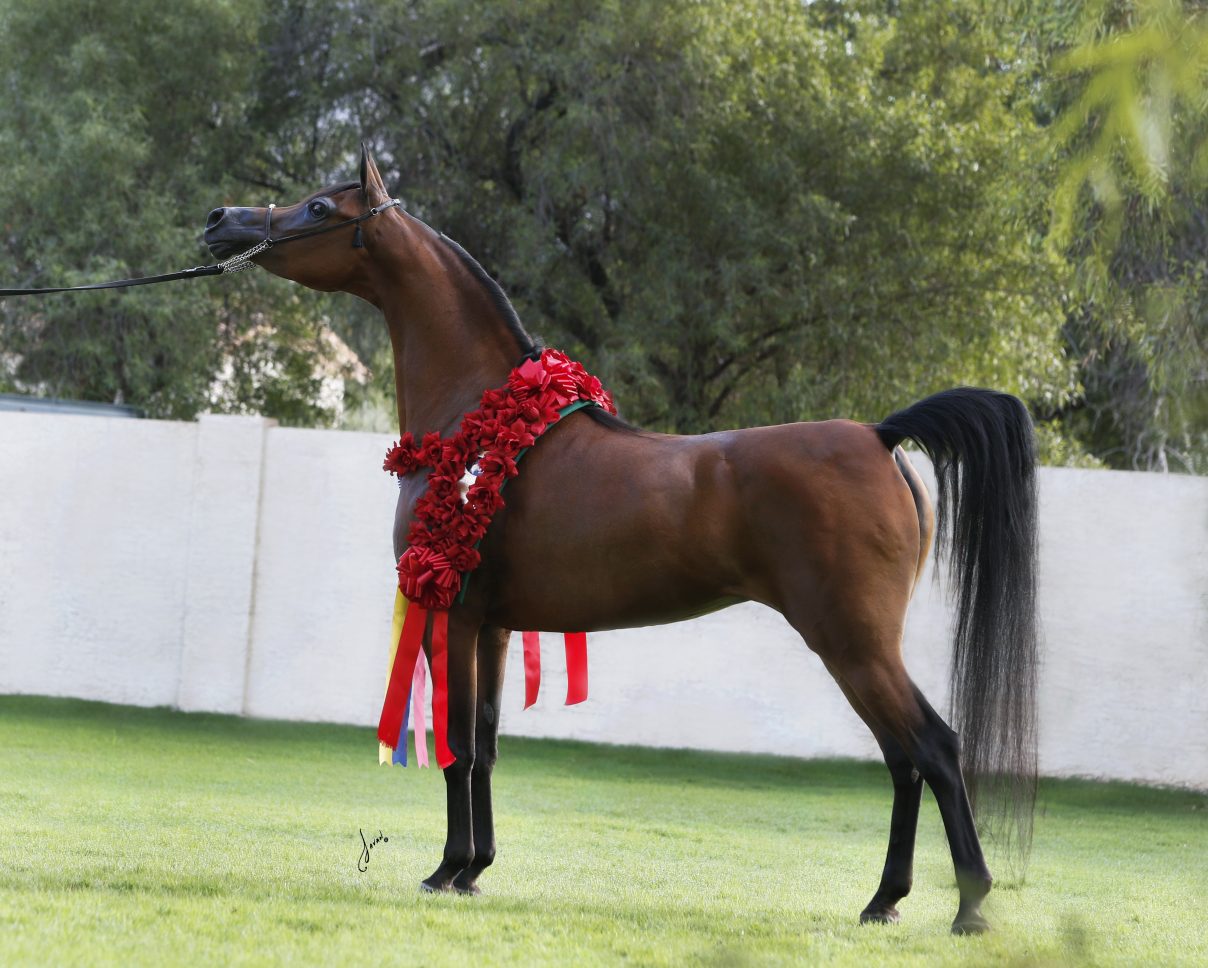 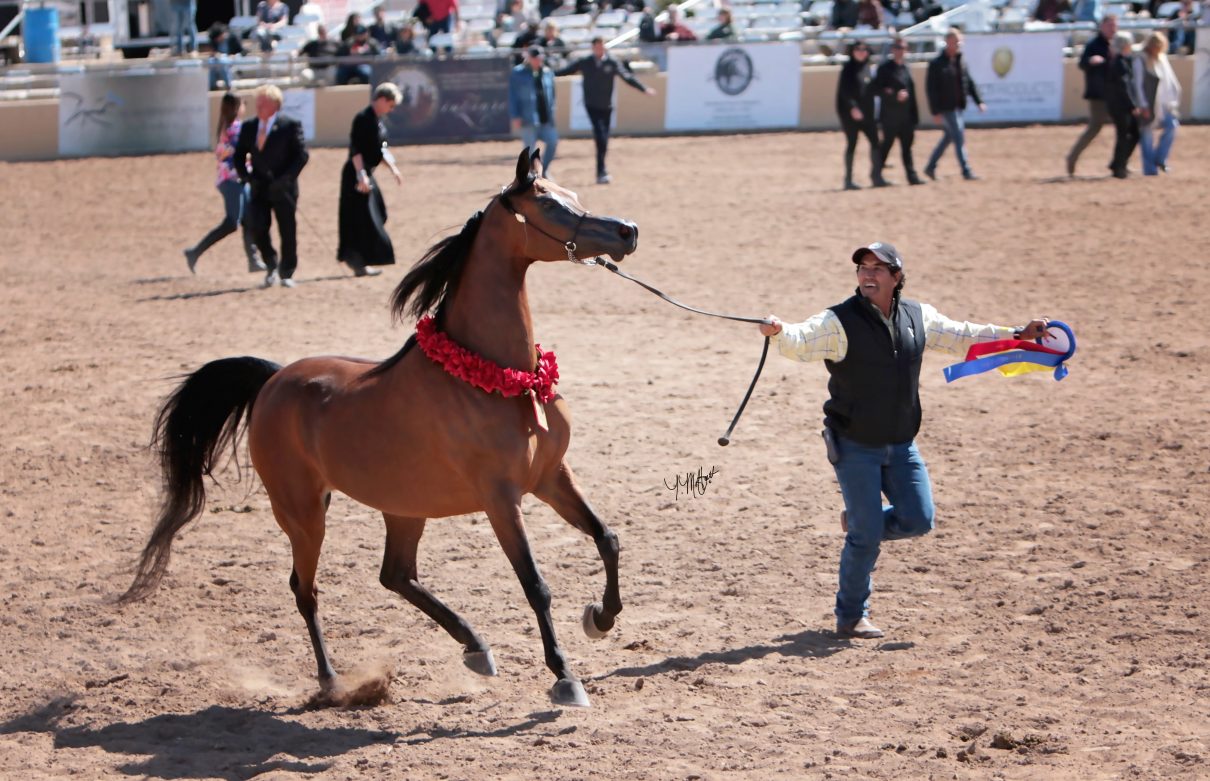 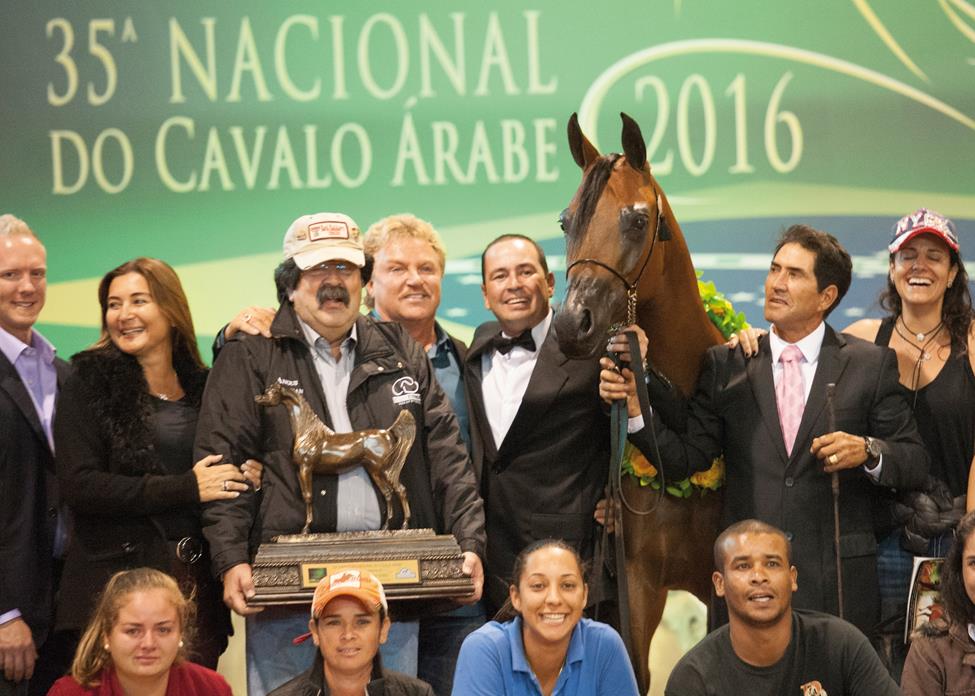 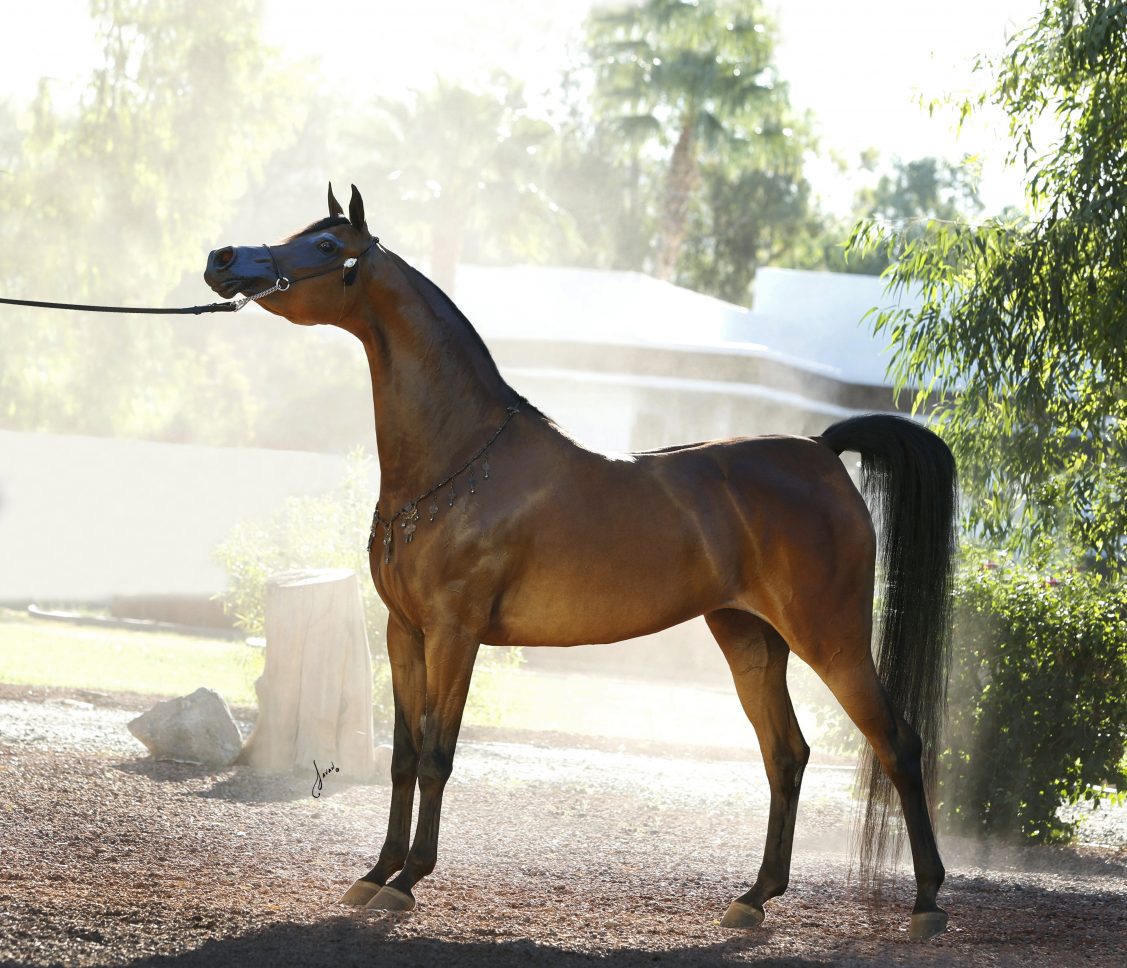 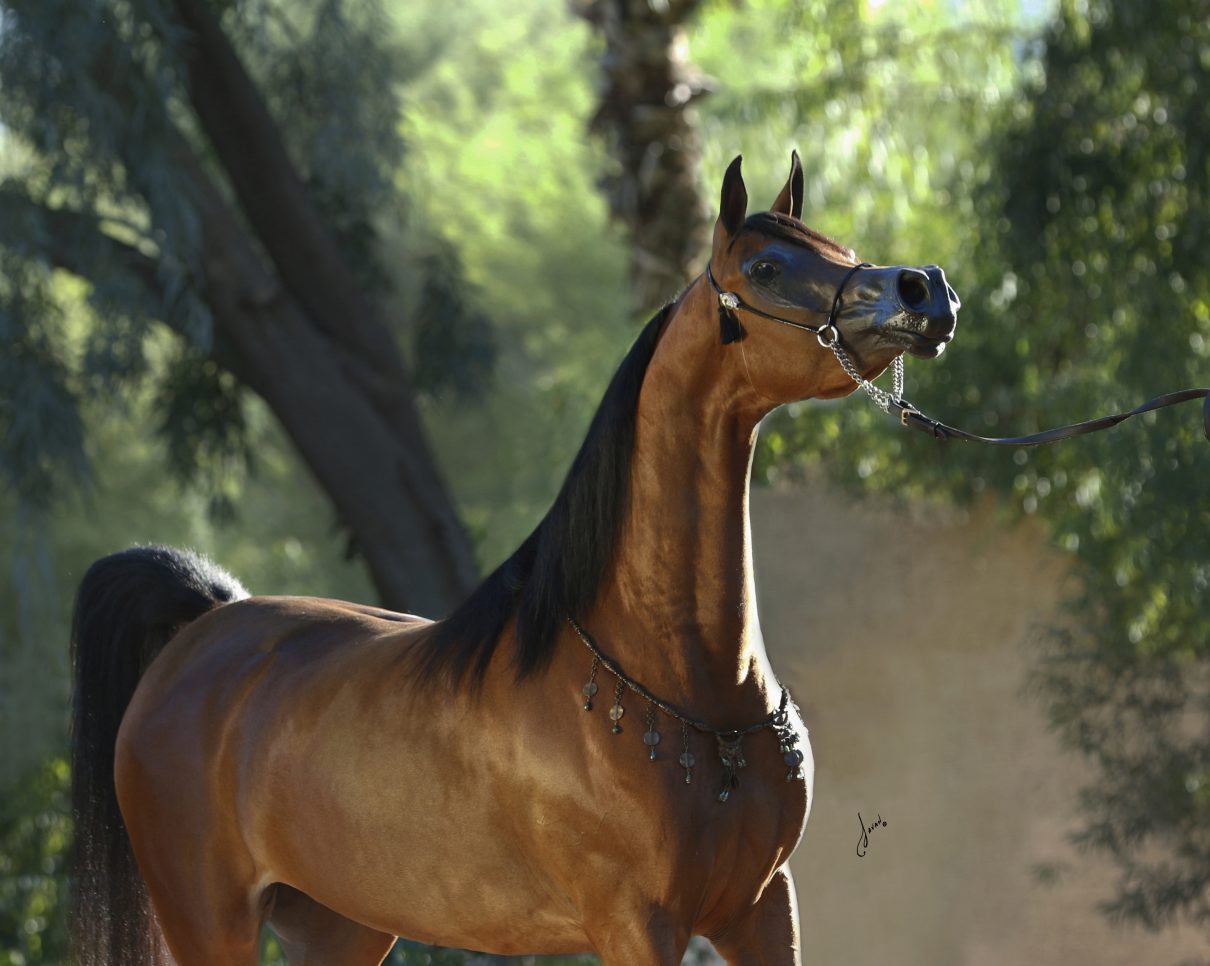 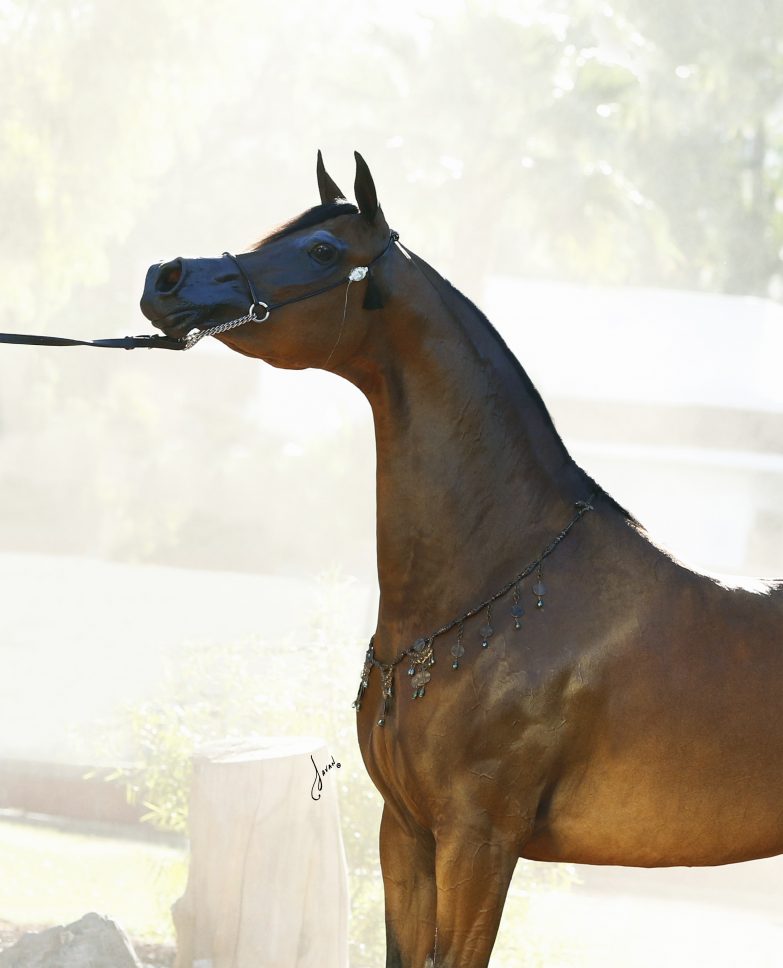 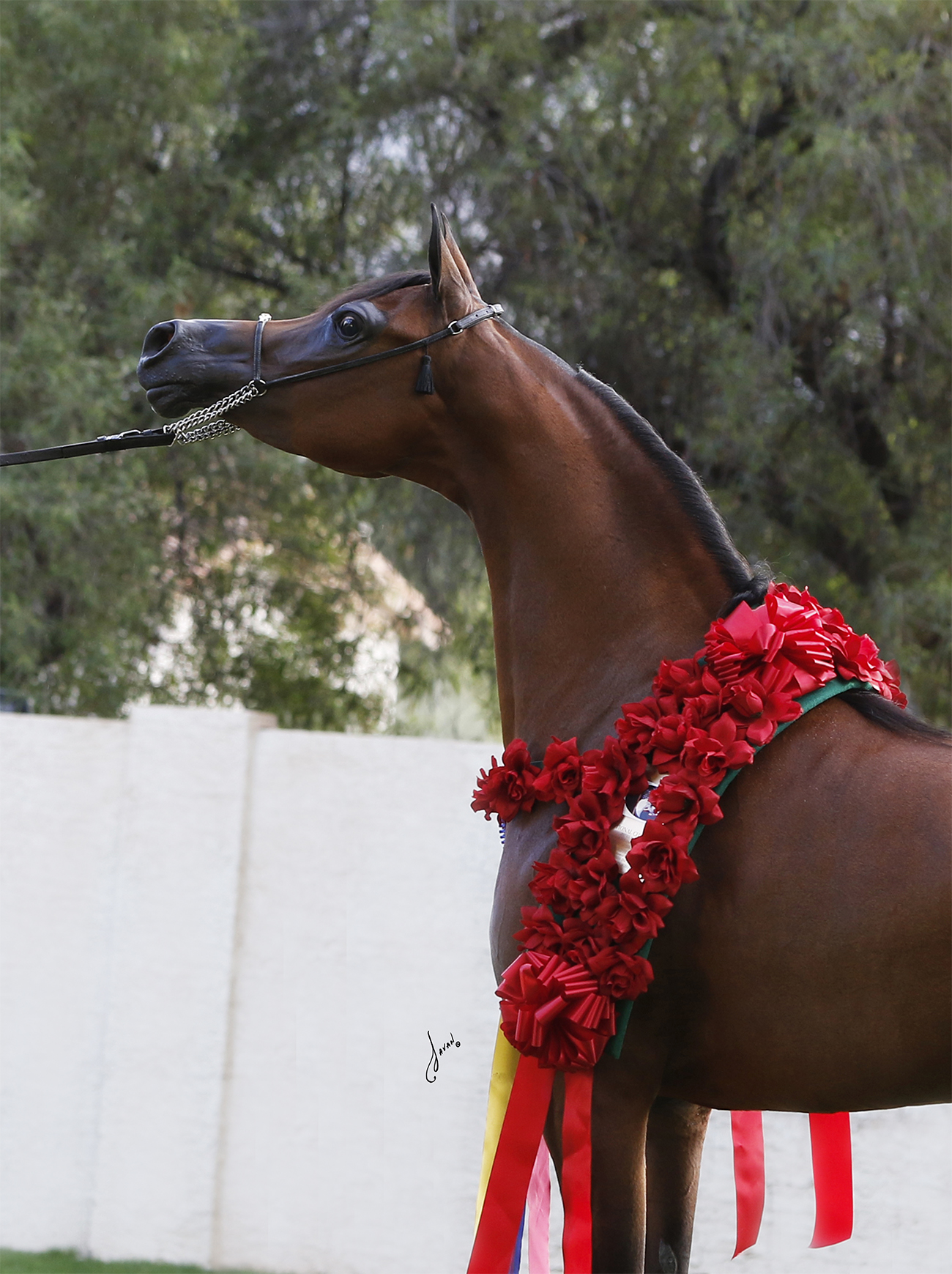 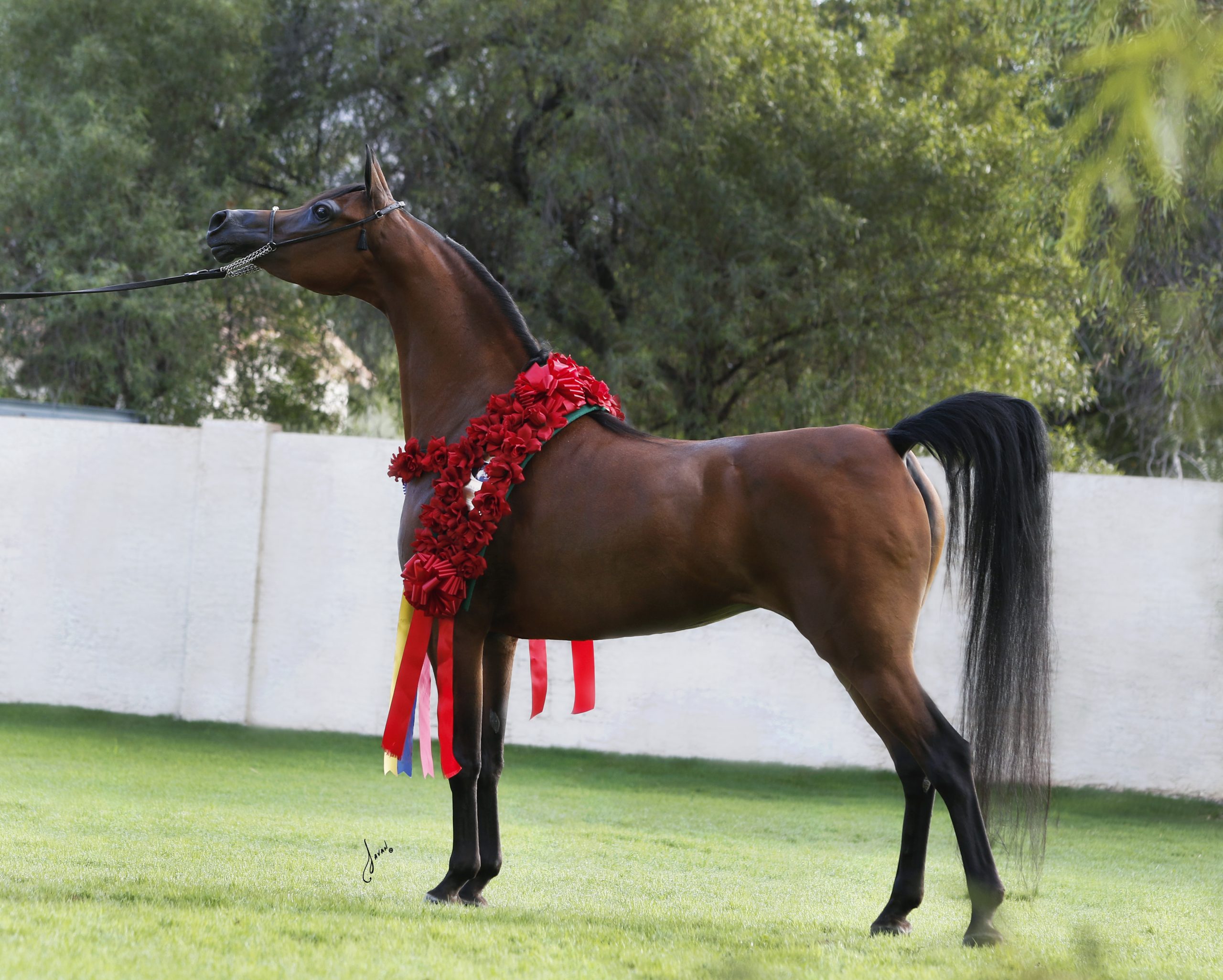 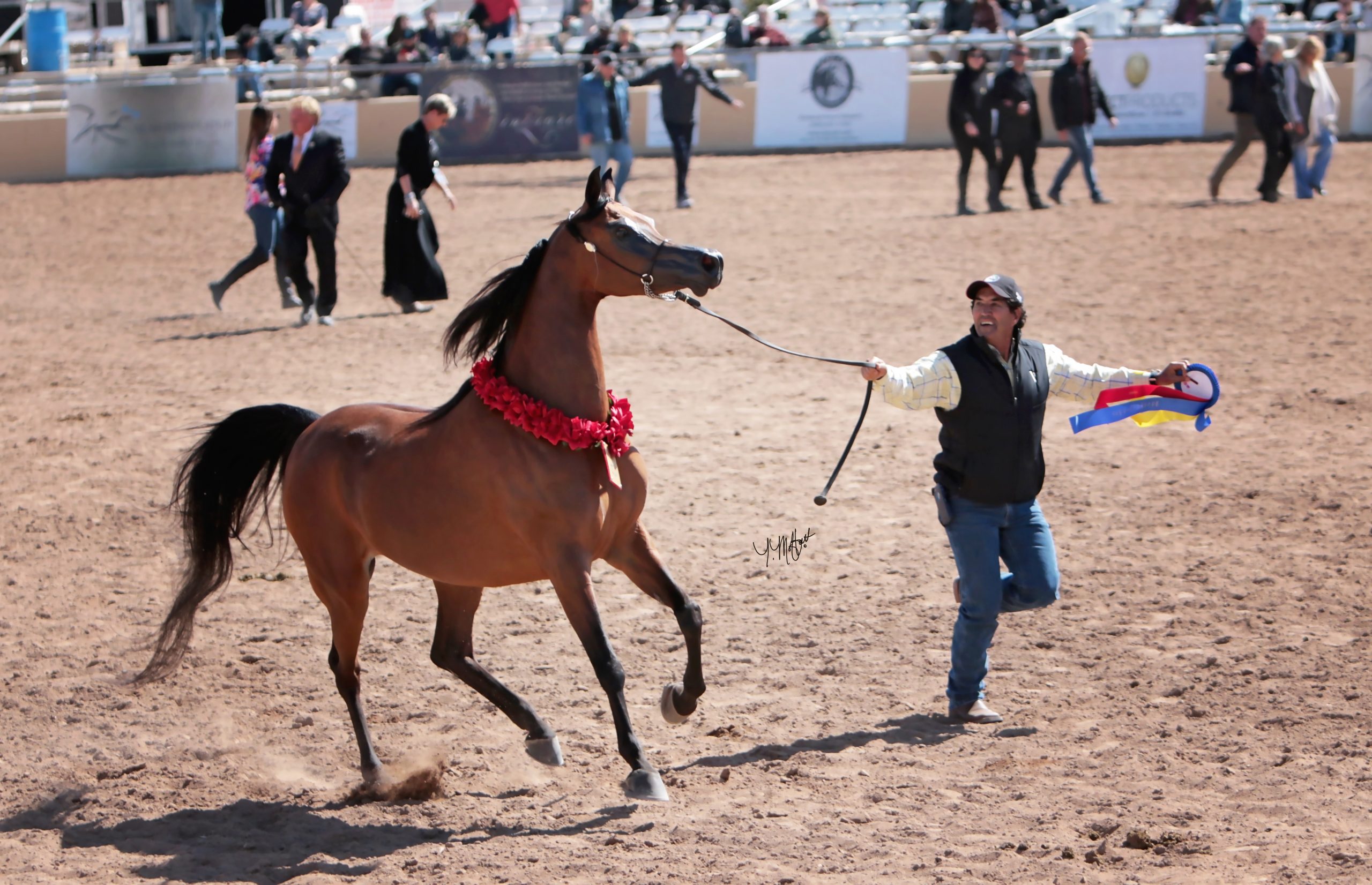 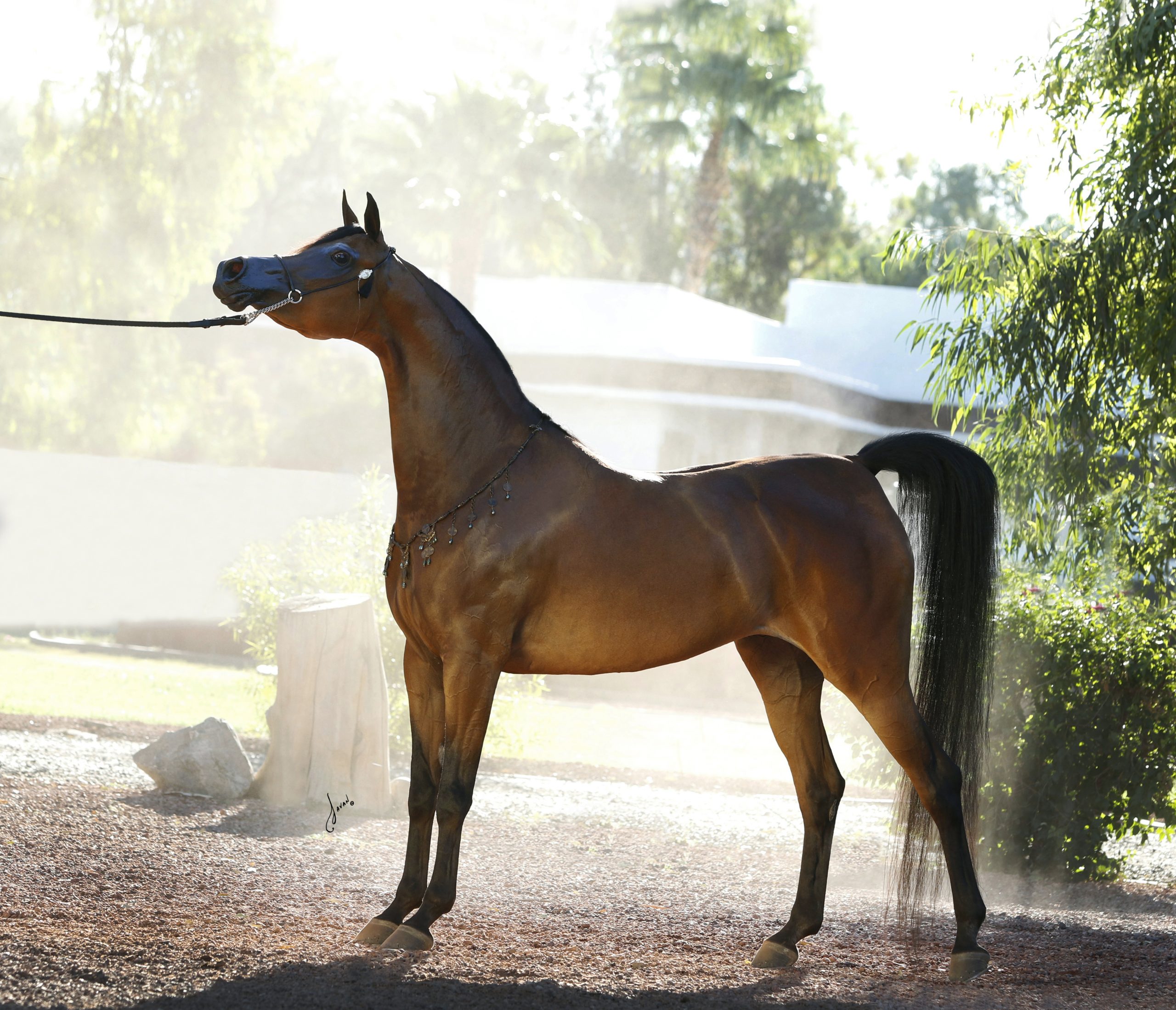 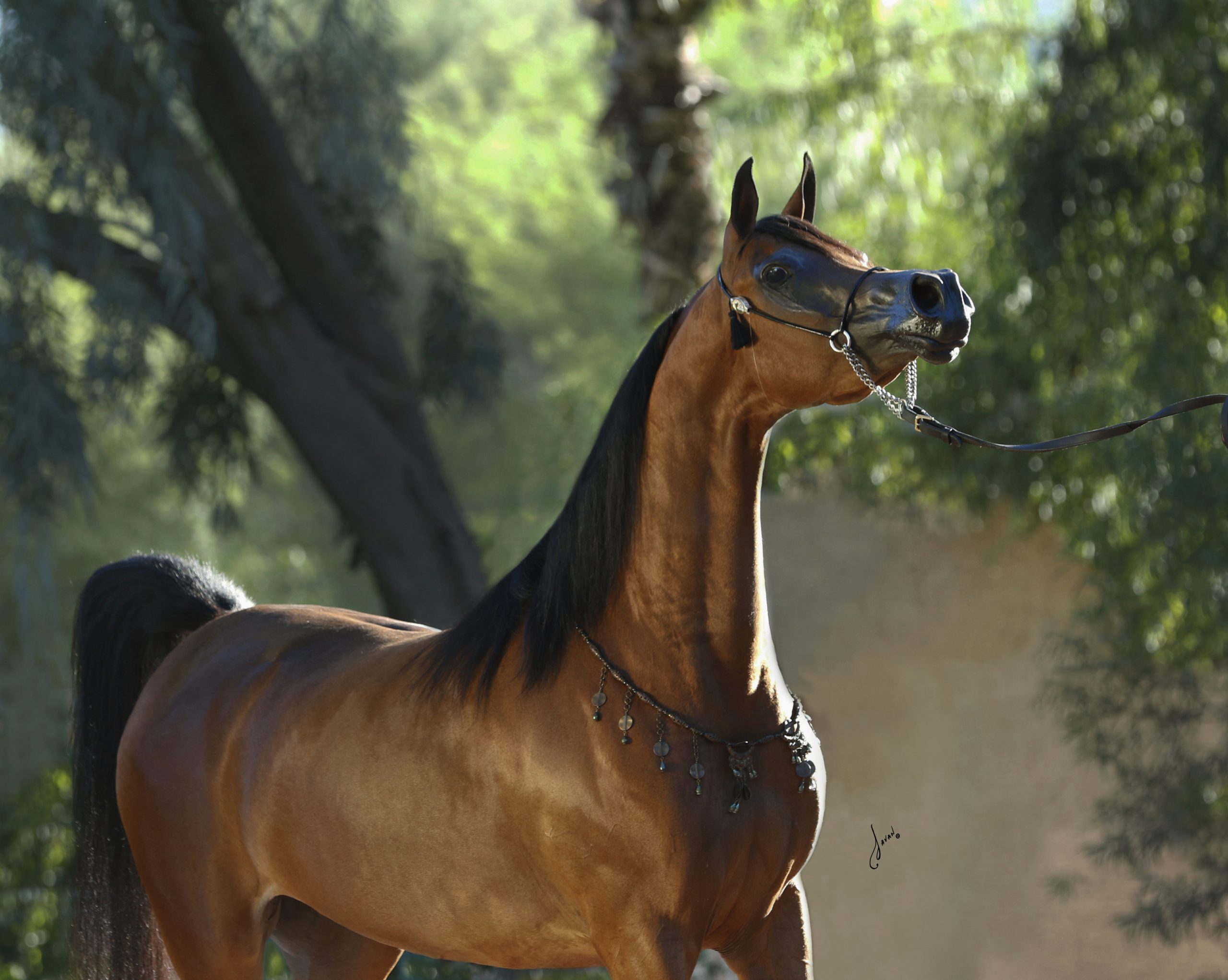 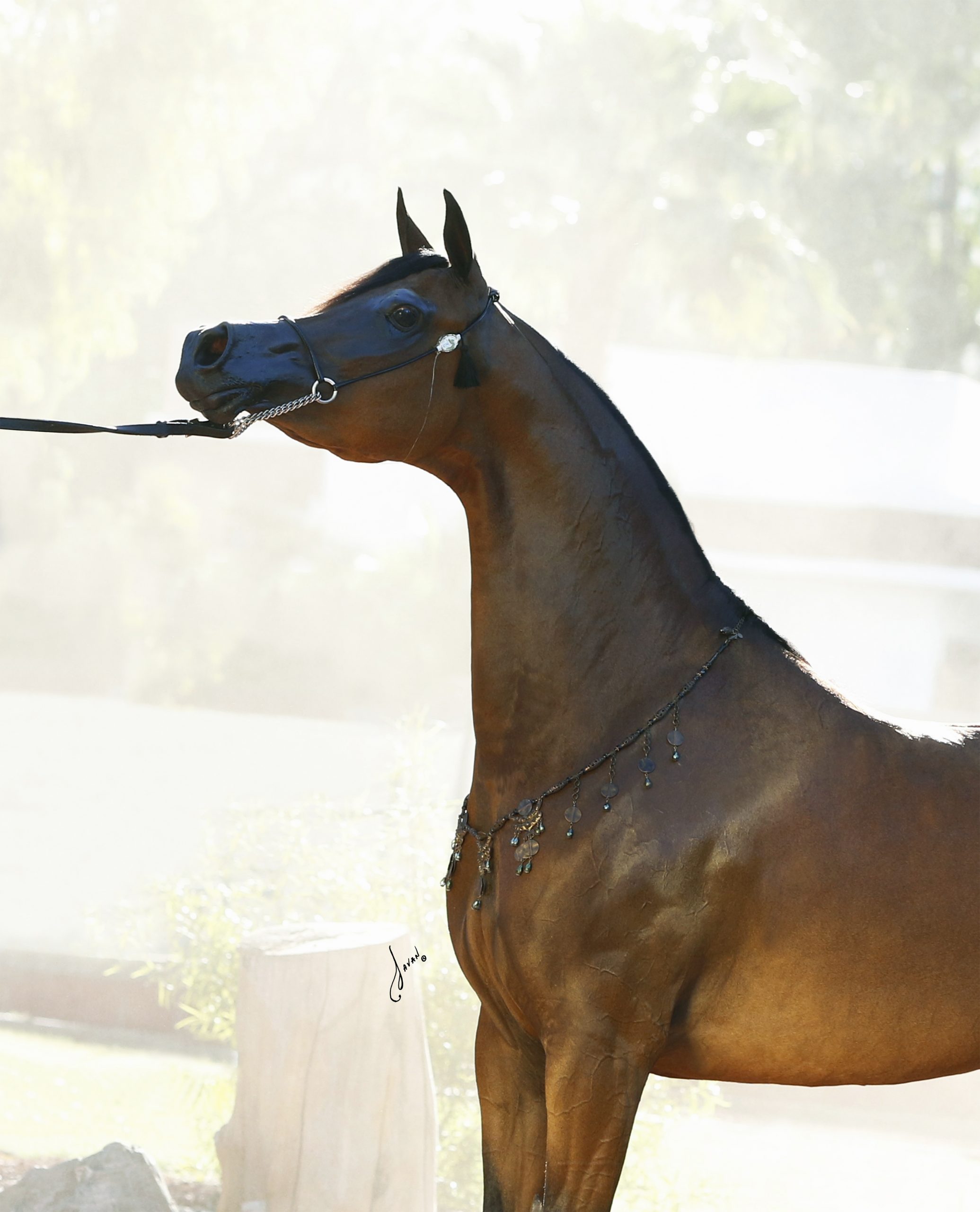