Meet the Faces of Orrion Farms

Our loyal, hardworking staff stands as the vibrant heartbeat of Orrion Farms. They infuse their passion and love for horses into every detail. Many have been with Orrion Farms for more than 20 years and remain an intricate part of each step of the journey. Every person – down to the youngest grandchild – is interwoven into the Orrion Farms family. We are stronger together.

Allow us to introduce you to a few of them. 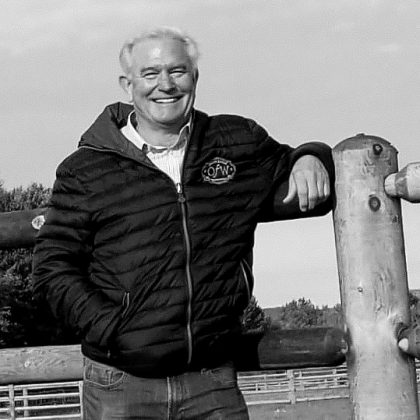 Personal Interests: I grew up on a lake, so I loved to water ski. Now I just boat!

Words to Live By: Life is humbling to us all. Stay grounded. Treat people and animals with respect and kindness.

If one person could be said to have a finger on the pulse of the heart of Orrion Farms, it would most certainly be Doug Leadley, an astute and titled horseman with an astounding resume who has been with Orrion Farms since 2000.

Doug was born in Burlington, Wisconsin. Raised in the horse business, Doug’s grandfather, Donald Leadley, trained American Saddlebreds and owned one of the largest riding academies in Chicago, where a young Doug first learned to ride.

Doug’s father, Richard Leadley, carried on the family tradition training American Saddlebreds. But in the mid 60s, a fork in the road led to Richard joining Heritage Hills Arabians, a prominent Arabian horse breeding farm in Lake Geneva, Wisconsin. Richard was named head trainer, thereby setting in motion not only the remainder of his own career, but his son’s as well.

Doug began training professionally soon after high school, partnering with his father at Heritage Hills Arabians, before moving to Minnesota to manage his own stable, Birch Valley Arabians. Several years later, he was given an opportunity he could not refuse. Doug managed Strutz Kentucky Park, a leading Arabian breeding program that successfully secured the lease of the Arabian breed’s top producing stallion, Bey Shah. Doug managed the elite stallion for eight years.

In 2000, Harold and Dolly Orr brought Doug in to manage Orrion Farms. He has been with the farm ever since and has been undoubtedly instrumental in rebuilding the breeding program for Steve and Christina Poore.

Doug manages with tidiness and extreme organization. (His home life is no different; even his closet is organized by color.) Everything is always in its place, and it results in a peacefulness amidst the many moving parts of a large horse farm.

Doug brings an astounding amount of knowledge and global perspective to Orrion Farms, ensuring that it is in capable hands for years to come. 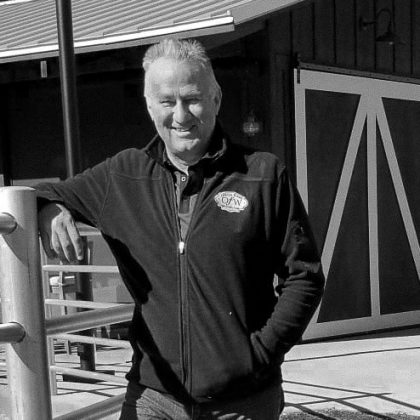 Personal Interests: Spending time with my family and riding motorcycles

Words to Live By: If you give someone your word, stand by it. Be humble. Always be the hardest worker in the room, and success will find you.

From a young age, Al has been involved with horses. He never imagined that one day he would be training some of the most beautiful horses in the world.

Al grew up in a small Michigan town. His parents afforded him the opportunity to have one horse during his childhood…. An experience that laid the foundation for horse care and ownership.

As an adult, he continued his horse involvement through the sport of Endurance (long-distance riding events), an equine sport that Arabian horses unquestionably dominate. Al fell in love with the Arabian horse, and also learned valuable skills in conditioning horses through his time in Endurance.

Out of that experience, Al and his wife, Glenna, launched their own training facility. They enjoyed massive success at the highest levels of competition in the United States and overseas, both in halter and performance before being retained by Orrion Farms for his talents and skills. Al is responsible for training and conditioning Orrion horses for competition in the divisions most suited for them. 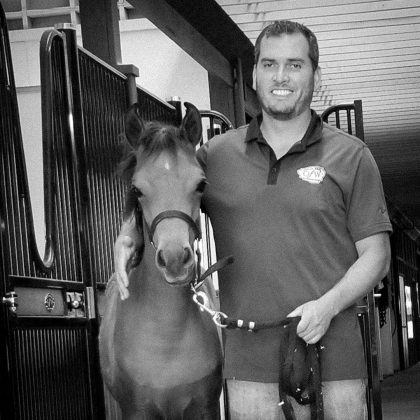 Personal Interests: Camping with his wife, Macie, around Washington and playing guitar.

Lucas came to Orrion Farms after working for Zerlotti Genetics in Texas for over 10 years where he performed over 2,000 successful embryo transplants, a statistic unmatched by the vast majority in the global Arabian horse industry. 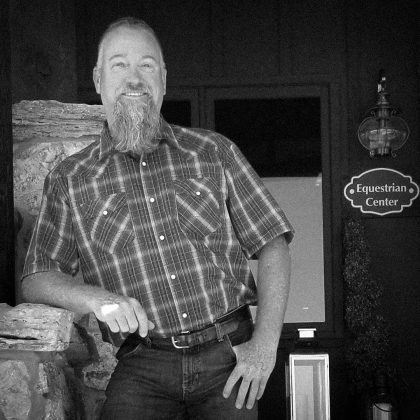 Personal Interest: Hiking the trails of the Pacific Northwest when he’s not at home listening to music in the kitchen and cooking.

Words to Live By: There are no big problems. Only big solutions!

Andy was born and raised less than five miles from the farm in Ellensburg, Washington, and retains lifelong ties to the local community. He brings over twenty years of construction experience, as well as a military background, to Orrion Farms. From a background in building residential homes and industrial production plants to managing countless job sites, Andy’s diverse skillset has given him the knowledge to keep the farm running smooth and efficiently. He is an invaluable member of the Orrion Team.

The staff members here at Orrion Farms are more than employees; they are the pulse of our program. Across the board, they are exceptional because their care for the horses is a reflection of their integrity and character. Rather than doing the minimum, our staff consistently offer their best. We are grateful and proud to have one of the finest groups of people in the Arabian horse community working here, at Orrion Farms.