Every major procurement by Orrion Farms is guided by one core inspiration: To be active participants in the betterment of the Arabian horse and its worldwide community. In that spirit and with great pride we announce our most recent acquisition, the one and only Dominic M. He is home, returned to the country of his birth where he will stand to the public as a treasured breeding horse for years to come.

When a breeding stallion shows prominence at a young age, his value as a sire – both fiscally  and influentially –  is cemented for life. Though he will likely be subjected to fads, as all breeding stallions are, he will never cease producing a timeless quality all to his own. Such is the case with Dominic M, who at only 11 years of age has already become a siring phenomenon.

It begs the question: How does a stallion evolve into a worldwide siring sensation at such a young age?

The most obvious reason is that Dominic M is linebred to the incomparable Versace through Da Vinci FM and DA Valentino; bearing double Versace blood becomes no surprise given the extraordinary quality Dominic M is creating.

You see, Dominic M’s eminence as a sire is as much about the powerful females of his pedigree as it is the ace of double Versace.

With the global connectivity that the breed enjoys today, it did not take long for stardom to cloak this rising young superstar. Dominic M is proving himself quickly, consistently, and rapidly as a show horse sire whose progeny take the top slots. We are talking about big wins… demanding wins… wins garnered amongst the world’s elite.

Even among that company, the Dominic M progeny continually parade the roses. Take FAM Donatella who created a breathtaking resume in 2019 with championship wins in Dubai, Aachen, Abu Dhabi, Milan, and Paris. Or perhaps, you may recall the 2019 Brazilian Gold National Champion Junior Filly, Lady Dominica JSZ who also made history as the highest selling lot in the 2020 Marquise Auction with a dazzling price tag of $585,000. Dominic M progeny absolutely dominated the 2020 Brazilian National Show. Preludio OSB claimed the title of 2019 Brazilian Gold Champion Junior Stallion, while his half-sibling, Mistic Dominic HVP, was named 2019 Brazilian Bronze Champion Junior Filly (a title that preceded her important Junior Filly Championship win at Scottsdale one year later). The Dominic M progeny continued to command Brazilian titles in 2020 as well. Keishan Bint Lami RB claimed the top title of Brazil Gold Champion Junior Filly, while RFI Fiorano was crowned Brazil Gold Champion Junior Colt. Back in the United States, Preludio OSB traveled to Tulsa and was bestowed the prestigious title of 2020 U.S. National Champion Jr. Stallion. And we are only skimming the surface! We haven’t even touched on the slew of progeny winning for Al Ahawajer. The percentage of winners at the highest levels of worldwide competition is simply staggering and undeniable.

His progeny exhibit those striking silhouettes and elegant, clean throatlatches that are so beloved in Brazil and, of course, America. Because of this, it seemed only right that he would return home and further the Arabian horse, both in America and around the world. Like all great horses, past and present, it is his journey we are joining; we remain only his privileged caretakers. 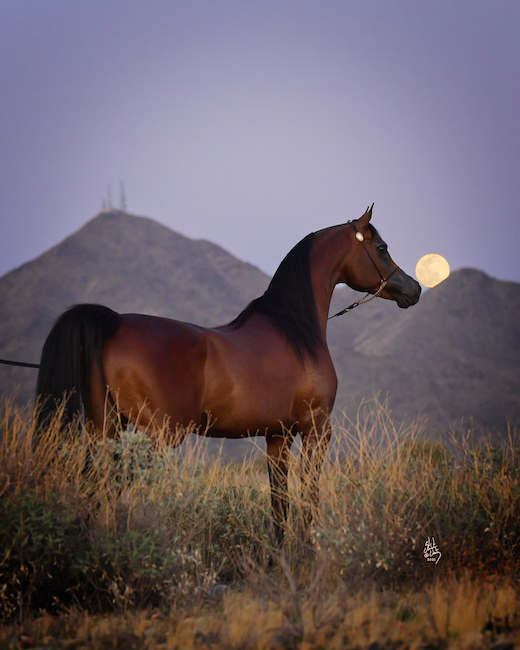 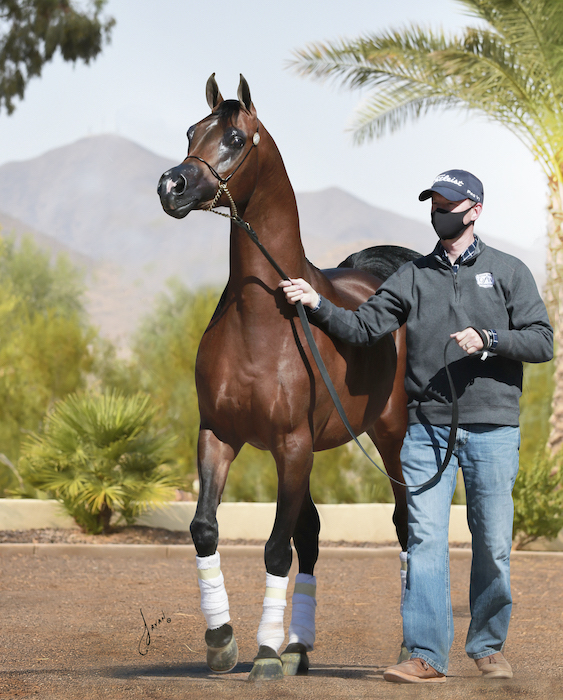 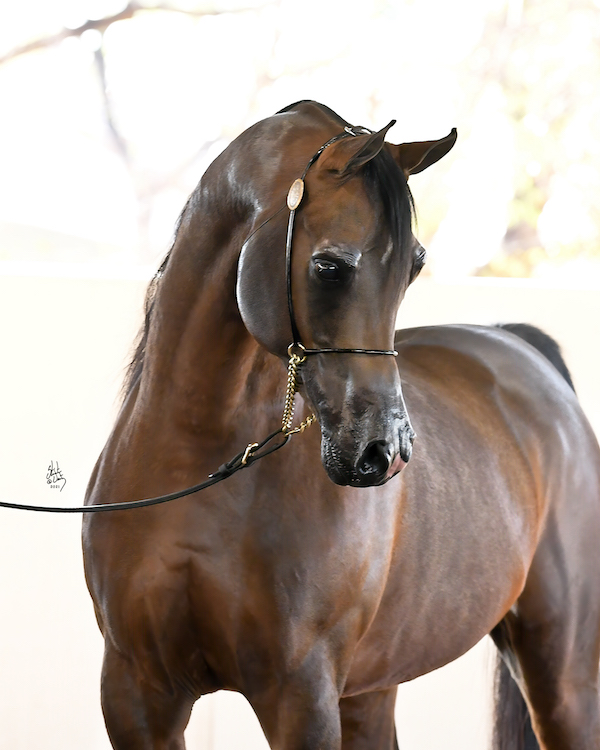 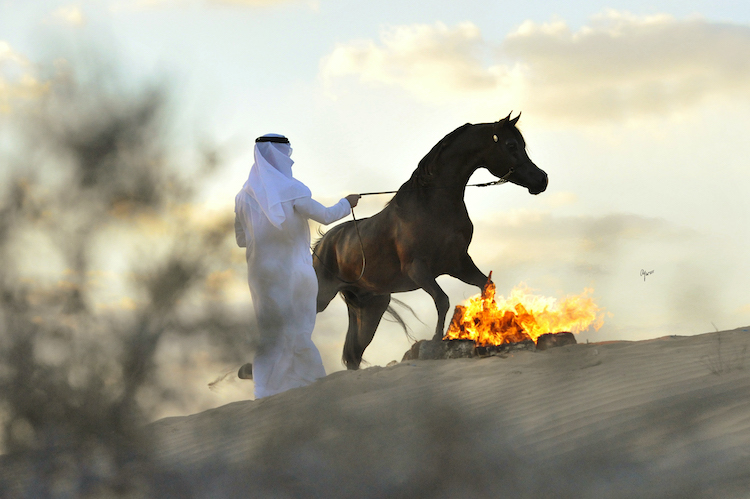 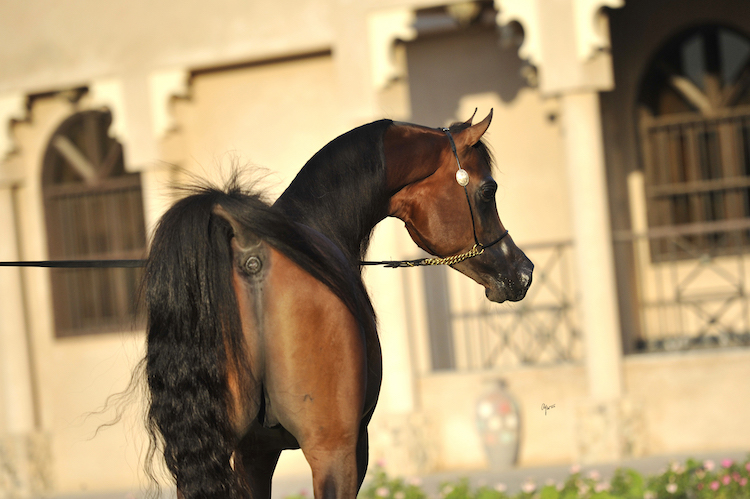